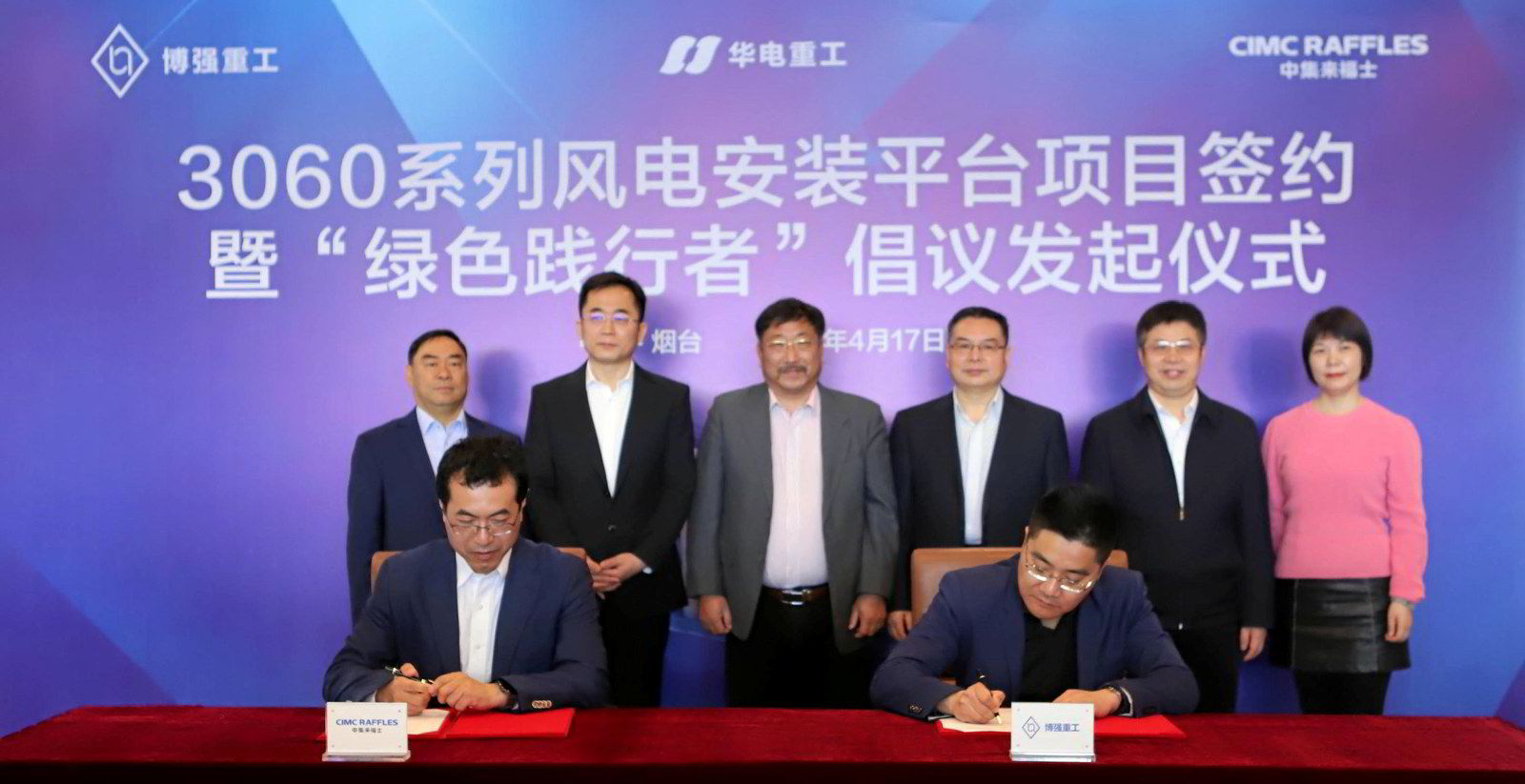 Huadian Heavy Industries is one of a number of Chinese offshore wind EPC contractors that have shown interest in the vessel.

Boqiang is also marketing the vessel for potential employment in Europe as the firm contract involves numerous options for similar units.

The vessel, with a dynamic positioning 2 (DP2) system, is designed to work in water depths of 65 metres, although this can be increased to around 80 metres if the legs are lengthened from 120 metres to 136 metres.

This vessel will be equipped with a giant crane — to be supplied by Husiman that will have lifting capacity of 2200 tonnes — a rack and pinion jacking system that will enable the vessel to operate in wave height of 2.5 metres.

The deck space will be able to accommodate four sets of 12-megawatt turbines or eight sets of 8MW turbines.

It will be capable of installing turbines of up to 20MW.

As well as such vessels, CIMC Raffles has invested in research and development of floating wind technology.

The company has developed a novel floating wind solution called “T-Floater,” which is an optimised semi-submersible foundation suitable for floating wind installations.

The yard in China’s Shandong province has already completed lab tests of the T-Floater, saying it performed well in pool experiments.

The initiative calls for joint efforts to provide integrated solutions to cut offshore wind farm operation and maintenance cost through innovation and increase efficiency through what the partners calls the comprehensive development of offshore projects such as hydrogen produced from offshore wind projects, fishing-related facilities, sea water desalination and photovoltaics.