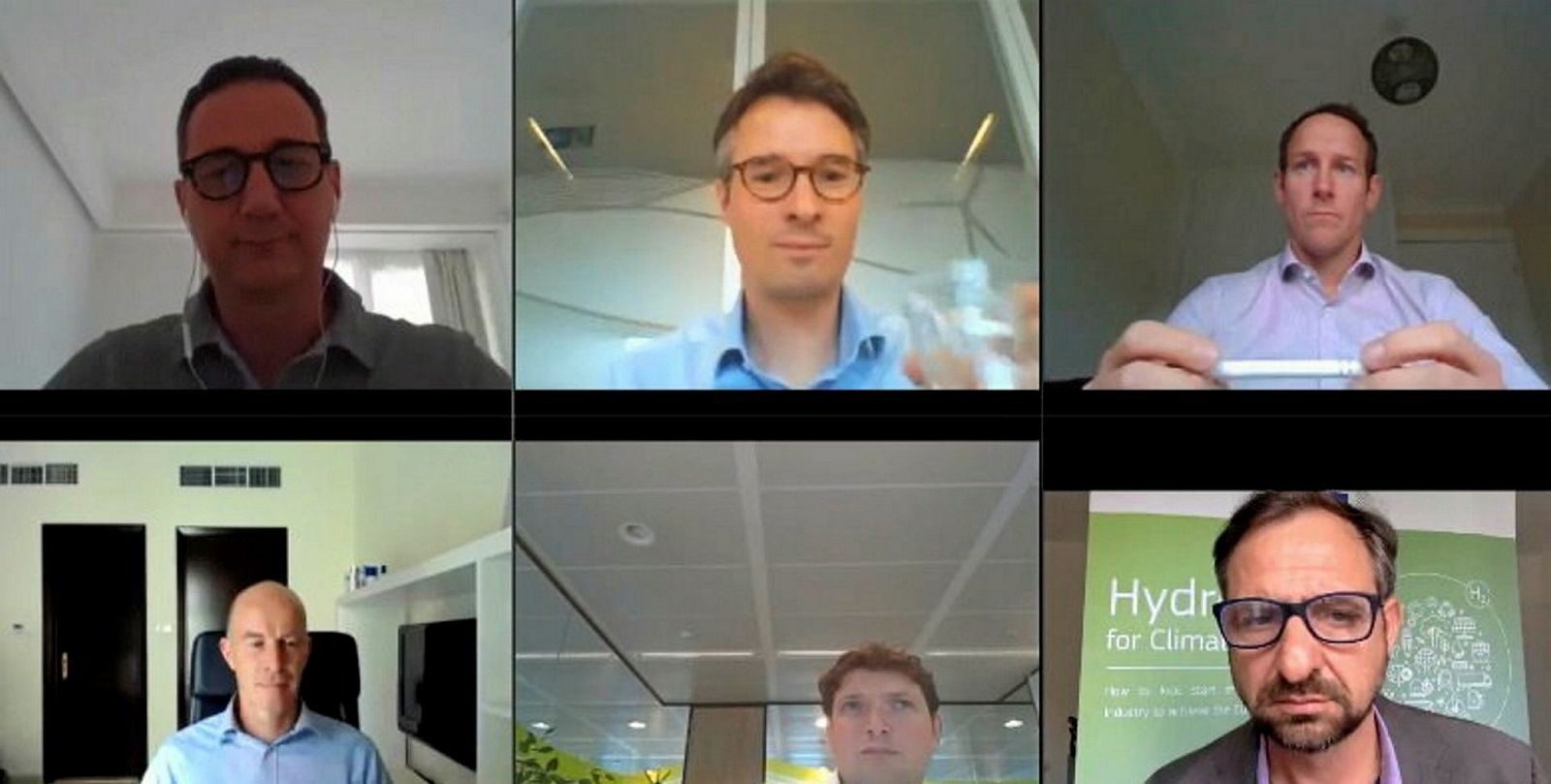 Fossil fuels or renewables: Do hydrogen experts see room for only one on path to net zero?

Launching the European Union’s new hydrogen strategy on Wednesday was a historic moment that will leave a legacy for generations to come, said hydrogen-industry experts, speaking during an Upstream and Recharge digital event.

The EU said on Wednesday it will prioritise green hydrogen – produced using renewable energy – over blue hydrogen, which is derived from natural gas with the carbon captured and stored. Blue hydrogen will be used only on a "temporary" basis until renewable hydrogen achieves scale, the EU said.

“It was an historic day,” said Chatzimarkakis, describing the unveiling of the EU hydrogen strategy. “This was a day where seven generations from now will still understand the historical impact of that date.”

The European Commission wants to see at least 6 gigawatts of renewable hydrogen electrolysers installed in the EU by the end of 2024, producing up to 1 million tonnes of green H2.

Currently, just under 10 million tonnes of grey hydrogen – from unabated fossil fuels – is produced across the continent, mainly for use in oil refining, ammonia fertiliser production and chemicals.

Installed electrolyser capacity will increase to at least 40GW by 2030, producing up to 10 million tonnes of green H2.

Asked about what mechanisms will help to make green and blue hydrogen cost-competitive, Chatzimarkakis said that “carbon content will be the new currency”.

“We need to come up with a joint understanding of how to assess the carbon content. And there needs to be a clear tracing and tracking system,” he said.

Chatzimarkakis predicted the new strategy would act as the starting point for what his organisation has dubbed “hydrogenewables” — producing hydrogen directly at wind and solar power sites — where “we really started to end the fossil era”.

"And yesterday was the starting point for that,” he said.

Hydrogen has drawn the interest of European renewable energy businesses as well as oil and gas producers because of the different methods of green and blue hydrogen production.

“Let's be honest, everybody's talking about hydrogen,” said Watson. He referred to comments by European Commission executive vice-president Frans Timmermans that hydrogen is “the rock star of the energy transition”.

Watson said both green and blue hydrogen will be needed to help Europe reach its 2050 decarbonisation targets and that blue hydrogen, using carbon capture and storage, offered quick wins.

“The European Commission think you can do maybe 50% electrification by 2050. That means … 50% needs to be something else, and that something else — in our world — is molecules, gaseous molecules. And increasingly, it looks like they will become hydrogen,” he said. “At Eurogas we don’t segregate hydrogen as blue versus green. We see them together. It's necessary to have both.”

Watson pointed out that Europe was importing 450 billion cubic metres of natural gas every year.

“The fastest way to decarbonise that is to apply CCS and then use it as blue hydrogen, and you can blend up to 20% into the grids with very little impact. So, it's a quick solution.”

In project-delivery terms, that’s “like a target of rebuilding your house by Saturday,” he said. “We're under pressure to deliver these targets, and you need all the tools in the box.”

“We recognise this long-term ambition for green [hydrogen], but we have to put into context what long-term, short-term and medium-term means in terms of massive-scale infrastructure projects,” he said. “These are decades; they are not weeks and months.”

Wouters said that while blue hydrogen is likely to be cheaper than green for much of this decade, “we might see costs [of renewable H2 coming down earlier [than expected]”.

This is because those organisations that have made cost predictions, such as the International Renewable Energy Agency, did not expect such a large amount of green hydrogen to be installed — 40GW of electrolysers in Europe and another 40GW supplying the EU from North Africa and Ukraine by 2030 — and therefore did not take into account the economies of scale that would bring.

Green is only long-term solution

However, Tardieu said: “I think the hydrogen strategy was a very important milestone because finally it put an end to the discussion of colour-coded hydrogen, so blue versus green.

This was backed by Rossi, who said that, where electrification is not possible, hydrogen is one of the “most potentially usable” alternative forms of energy.

But he insisted that blue hydrogen cannot figure in longer-term solutions.

“We believe that, in the long term, green hydrogen, meaning hydrogen made with renewables, is the only solution for 2050,” Rossi said.