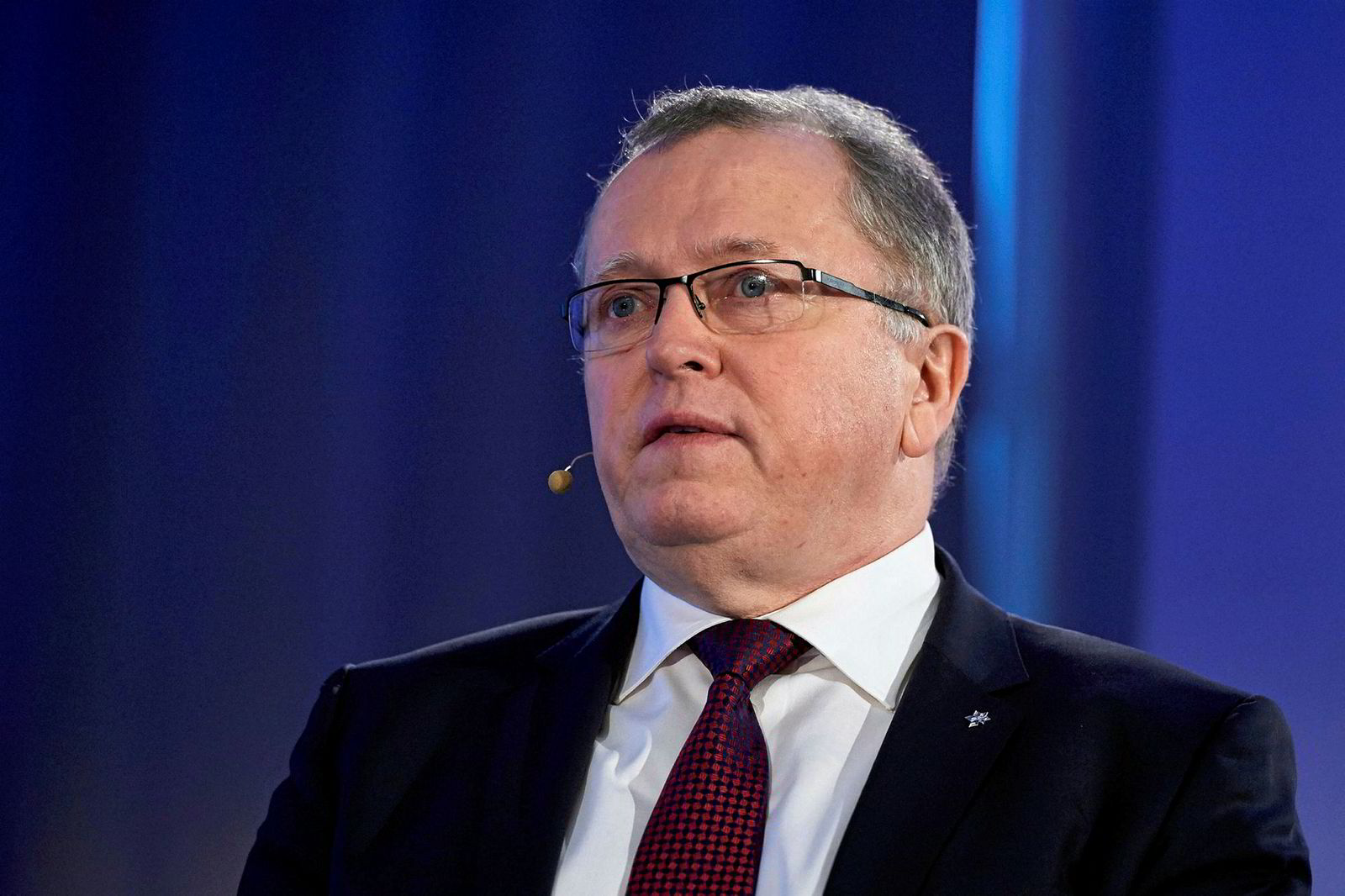 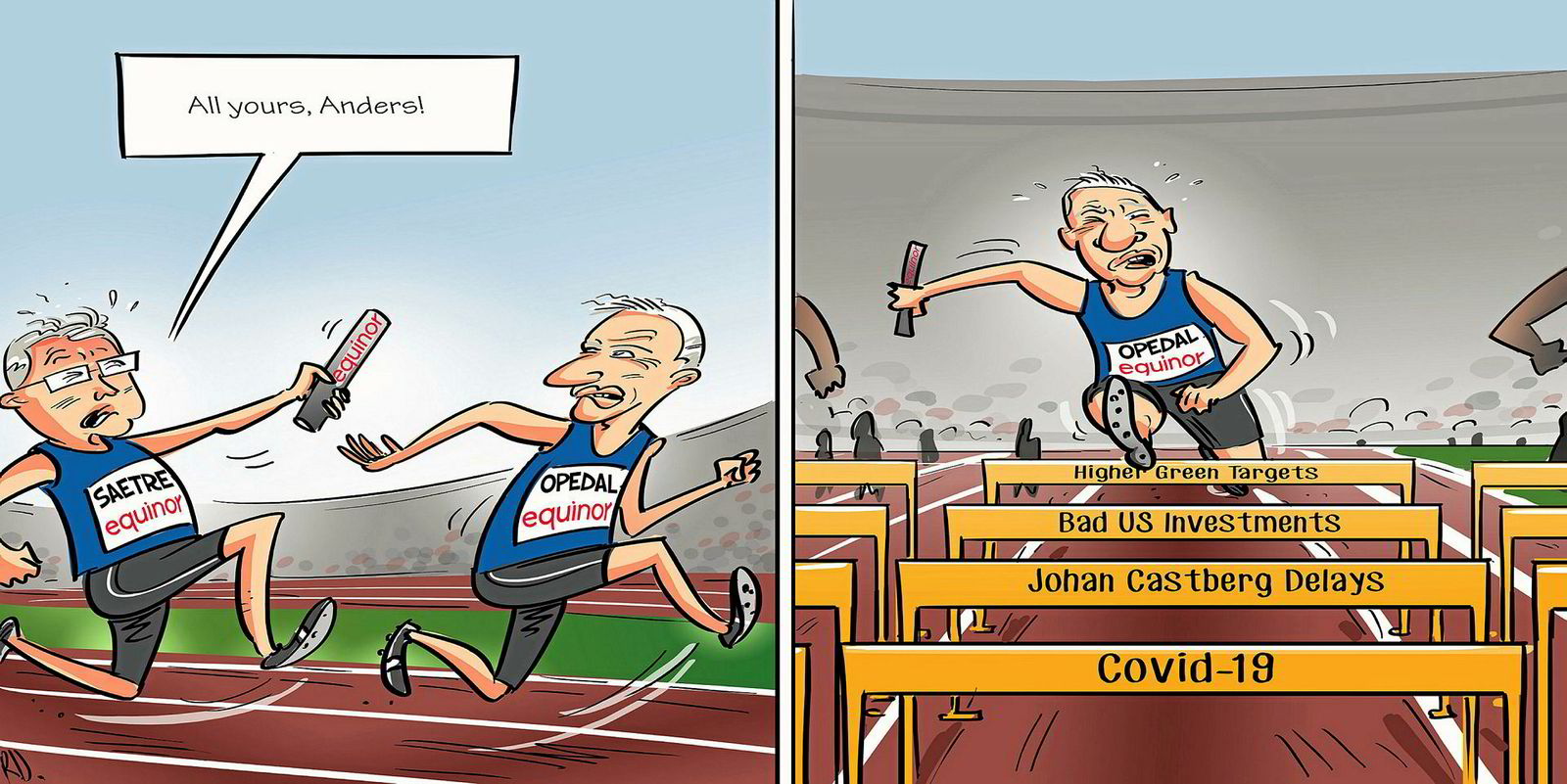 OPINION: Taking a final bow while the audience is still applauding must surely mark the success of any performance — and Equinor chief executive Eldar Saetre appears to have timed his exit from the company to perfection.

Top-level departures from the Norwegian state-controlled giant have historically not been without drama, as some of Saetre’s forerunners have fallen on the sword following project cost overruns and, most notably, the Iran corruption scandal that sealed the fate of earlier incumbent Olav Fjell in 2003.

Saetre’s decision to retire after six years in the hot seat — and more than 40 years of service at the company — comes as Equinor is facing a parliamentary inquiry into massive losses of nearly $20 billion from its US operations over the past 20 years that came to light earlier this year.

He agreed with the board before the summer that next year — when he turns 65 — would be an appropriate time to retire, although the normal retirement age for men in Norway is 67.

The US can of worms was largely inherited from his predecessor Helge Lund, who carried out investments on ultimately loss-making onshore shale assets where the company has so far incurred writedowns of $10 billion, although Saetre also served as chief financial officer at the time these investments were made.

Equinor is now also facing possible cost overruns on its prestigious Johan Castberg field development in the Barents Sea amid fabrication delays on the floating production, storage and offloading vessel at a Singapore yard.

However, Saetre has conducted himself with characteristic aplomb during his tenure in which he has navigated the company through two market crises, firstly with the oil price crash that coincided with his appointment in 2014 and then the coronavirus crisis and renewed price collapse earlier this year.

He has also left an enduring legacy by changing the strategic direction of the company to focus on renewables and low-carbon production in line with the energy transition, presiding over the earlier name change from Statoil to Equinor as well as investment decisions on key projects such as Hywind Tampen for floating wind and Northern Lights for carbon capture, utilisation and storage.

The Equinor veteran’s performance has earned plaudits from analysts who have praised Saetre’s ability to recalibrate investments both to reduce costs and prioritise green projects, enabling the company to deliver impressive investor returns in the same league as supermajor rivals such as BP and ExxonMobil.

His successor Anders Opedal — an internal hire — was already this week making bold pronouncements on re-allocating capital to green energy and accelerating targets both for renewables investment and carbon dioxide emissions.

What is less clear is how the new broom will handle the looming fallout of the US debacle, calls to spin out or sell off the lacklustre international oil and gas business, and potential cost challenges on Johan Castberg that could call into question the validity of such investments in the Barents Sea amid environmental pressure to exit the region.

So, while Saetre has earned high praise from Equinor's top brass for leaving the company in a robust position in the face of market challenges, there are also some skeletons left in the closet.

He will indeed be a hard act to follow when his understudy takes the stage to face the music.