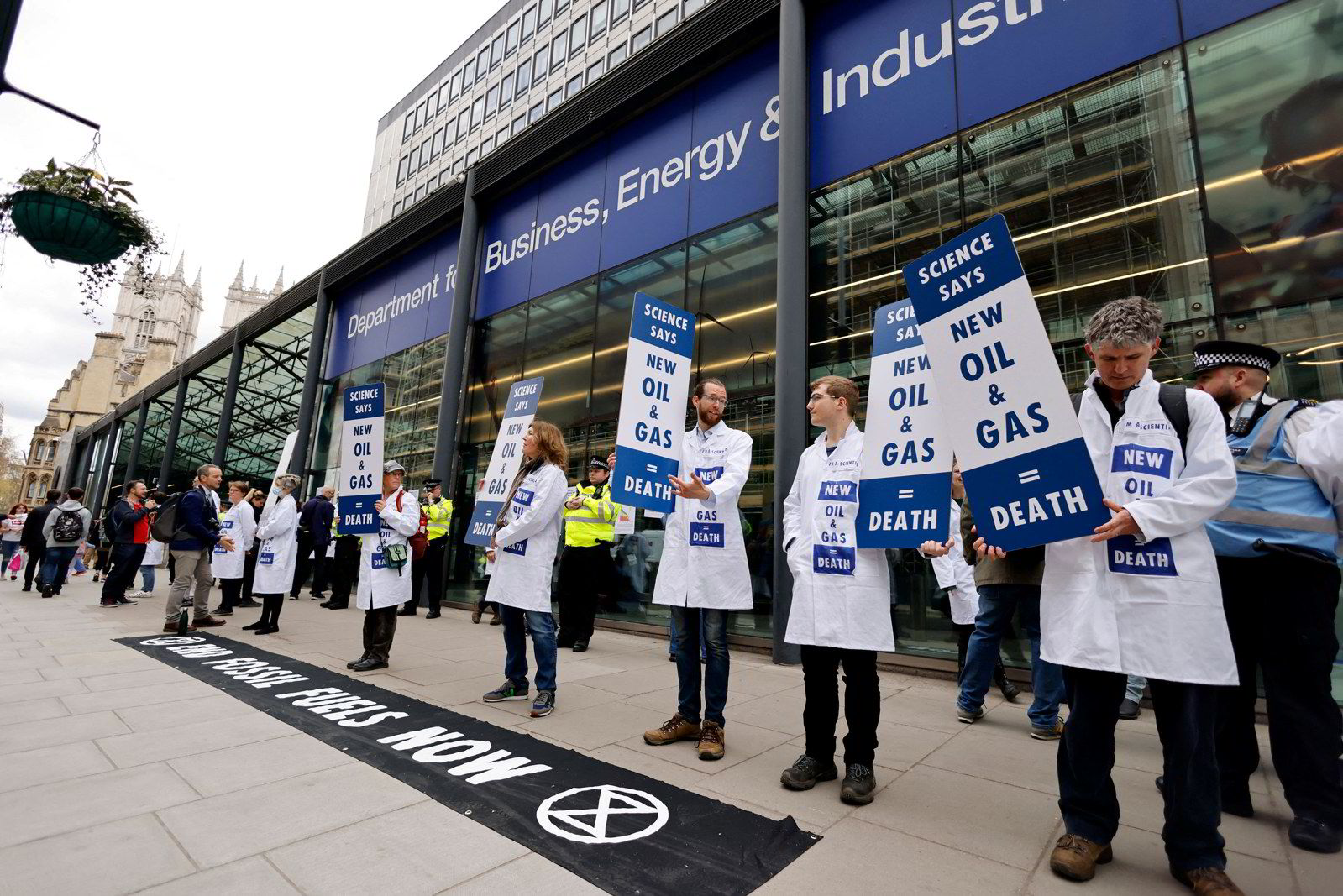 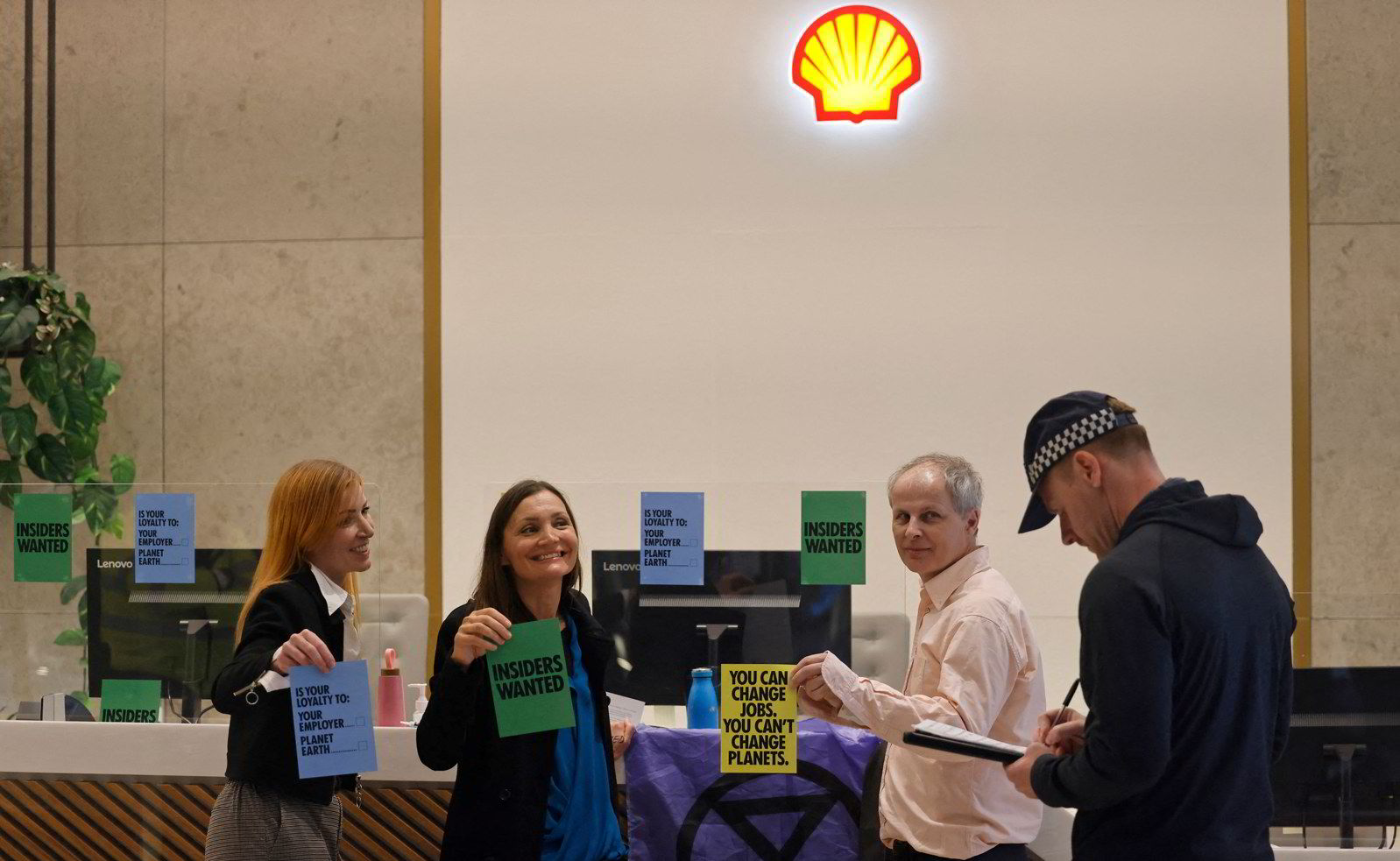 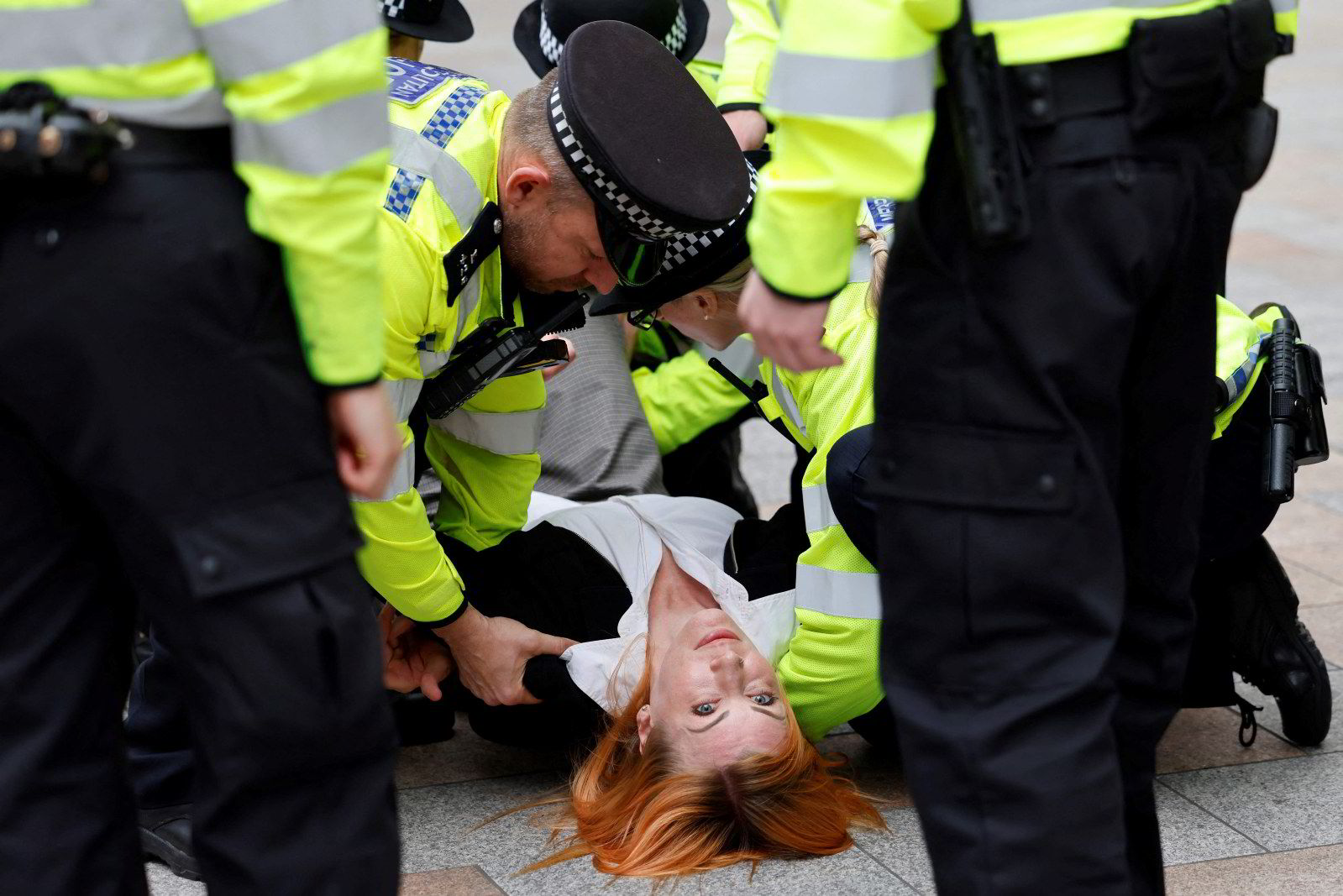 UK Business & Energy Secretary Kwasi Kwarteng vowed the UK will not "switch off" North Sea oil and gas production as environmental campaigners glued themselves to government buildings and the headquarters of Shell in London, leading to 26 arrests.

Three campaigners from the Extinction Rebellion (XR) group gained entry to the lobby of Shell Centre on London’s South Bank on Wednesday as the group stepped up protests against the global fossil fuel economy.

Another activist claimed to have evaded security to make his way to the eighth floor of the building while another filmed staff at desks inside the building.

Outside the building, about 100 members of XR each held up coloured placards carrying names of individual Shell employees with the words the words “Please Join Us”.

UPDATE: All the rebels @Shell have now been arrested.

The group said it was demanding a meeting with Shell’s chief executive Ben Van Beurden.

Earlier in the day, campaigners also targeted the Department for Business, Energy & Industrial Strategy, gluing themselves to the building.

“My message to XR activists gluing themselves (?!) to my Department: You cannot — and we won’t — switch off domestic oil and gas production. Doing so would put energy security, jobs and industries at risk — and would simply increase foreign imports, not reduce demand,” he wrote.

Police said they made 26 arrests in central London on Wednesday.

Nine people were arrested for criminal damage at an address in Victoria Street, the location of the Business Department, at around 1.40pm.

A further 17 people were arrested in Belvedere Road, the location of Shell Centre, at about 3.45pm — 15 for aggravated trespass, one for dangerous driving and one for burglary

All were taken into custody at a central London police stations.

Zoe Blackler, co-ordinator of XR’s “TruthTeller” campaign said: As everyone knows, the fossil fuel industry’s social licence is fast expiring. In a few short years it will make the tobacco industry seem like an ethical choice.

“We’re here to help employees at Shell and all planet-damaging companies to either speak up internally, share insider information… or jump ship — before it’s too late.”

My message to XR activists gluing themselves (?!) to my Department:

You cannot - and we won t - switch off domestic oil and gas production.

Doing so would put energy security, jobs and industries at risk - and would simply increase foreign imports, not reduce demand.

XR campaigners also blocked the Lloyd’s building earlier this week to protest against the insurance sector’s role in the oil and gas sector as part of a week-long campaign.

Last week the Conservative-led UK government said it will launch an offshore oil and gas licensing round this autumn as part of a wider effort to increase the country’s domestic energy production that includes the expansion of nuclear, hydrogen and renewable wind and solar power.

Prime Minister Boris Johnson unveiled the plan — which also contains to proposals to expand nuclear and offshore wind power — as a way to cope with rising energy prices and gas supply disruptions exacerbated by Russia’s invasion of Ukraine.