See all articles
Alert me about Hydrogen 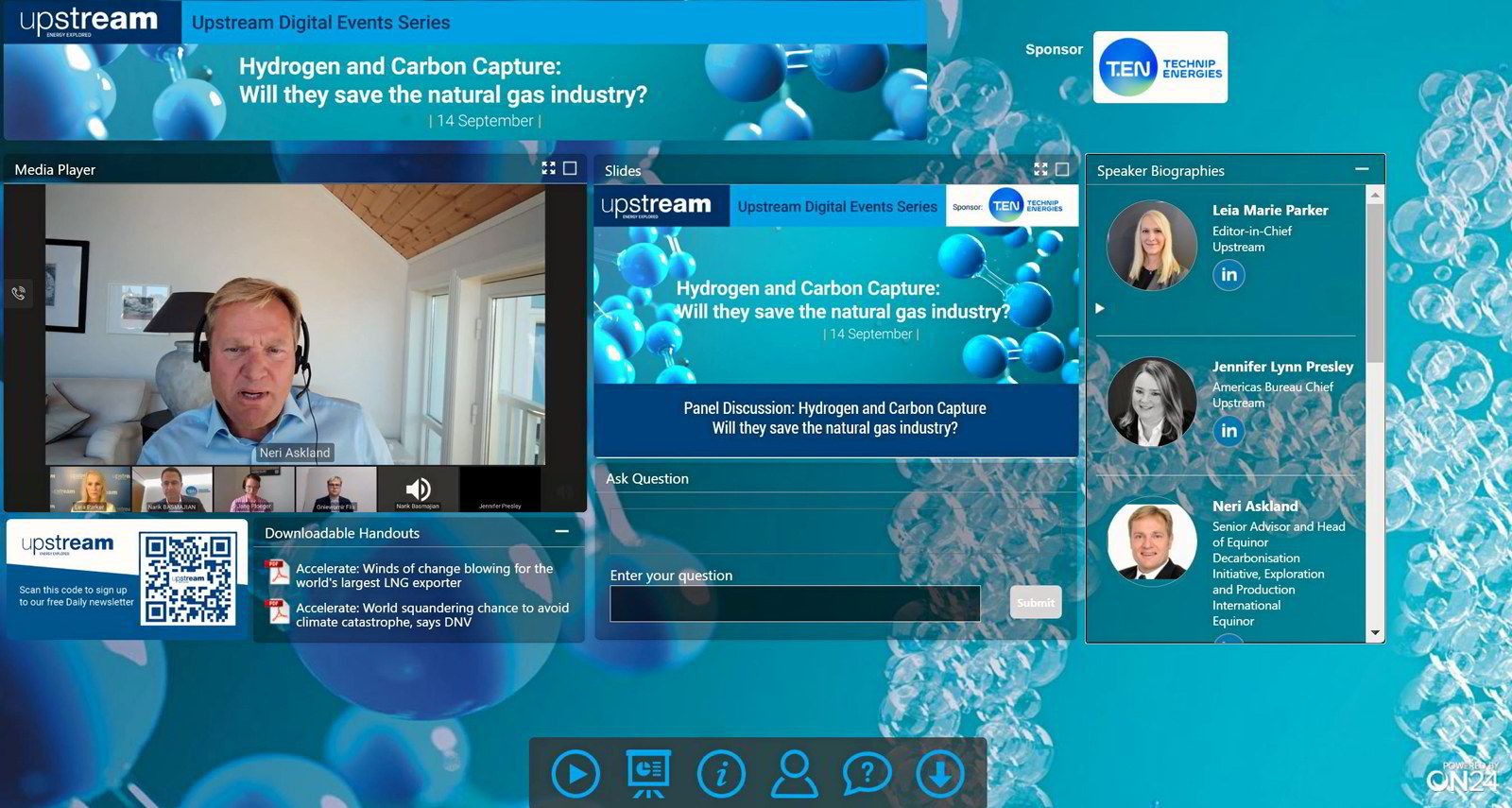 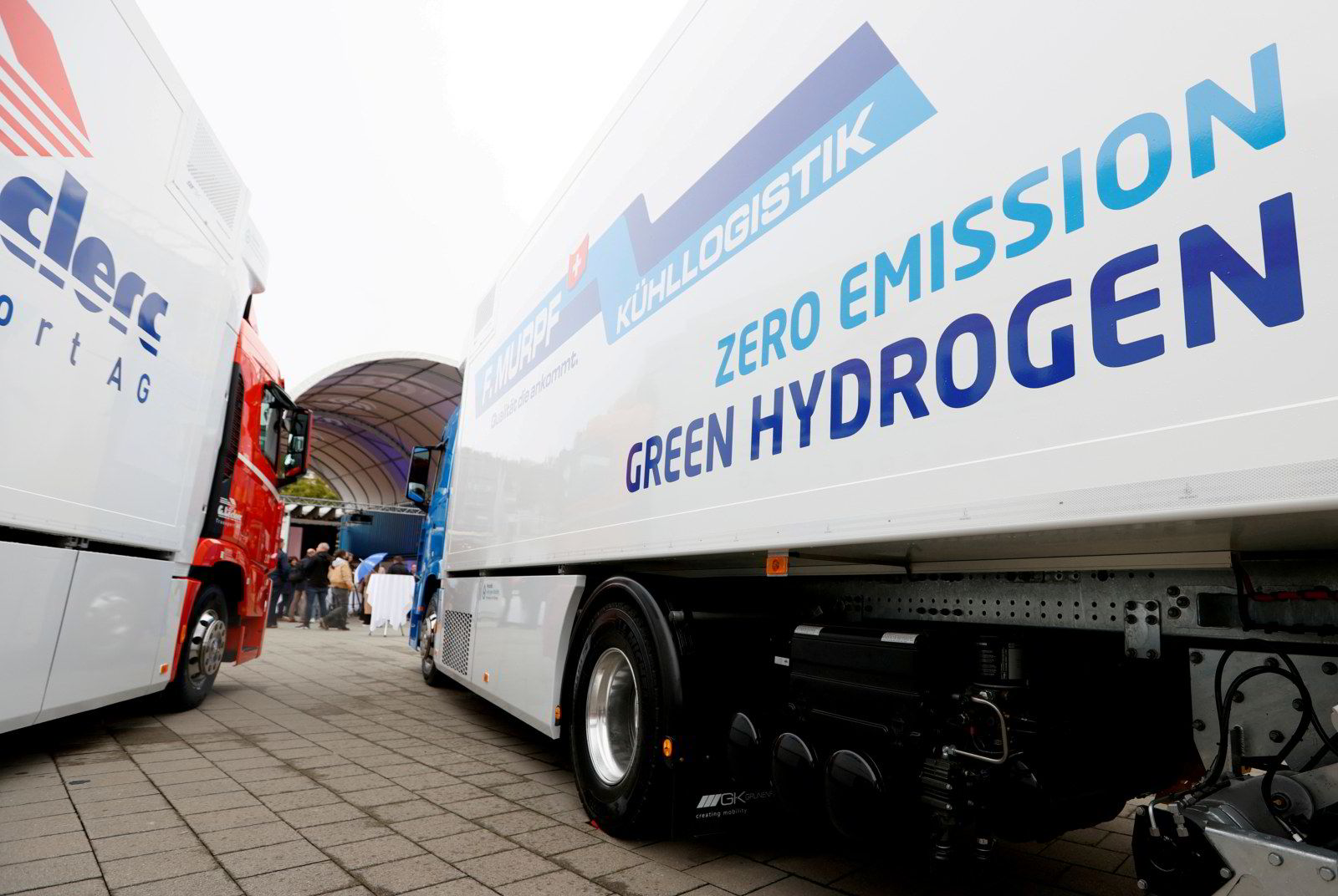 "How blue is your hydrogen?" Industry experts analyse hydrogen's pitfalls and opportunities

Panellists in Upstream online event acknowledge challenges, but insist the fuel has a future in clean-energy drive

That was a point of general agreement among speakers in an online forum this week on hydrogen and carbon capture, the two elements needed to create blue hydrogen using a process that results in far lower carbon emissions than that used to make grey hydrogen.

A successful energy transition may hinge on the creation of what some speakers called a “hydrogen economy” that can justify the considerable investments needed to make large-scale production viable.

Large-scale blue hydrogen projects — and further along, emissions-free “green” hydrogen made with renewable electricity — will require an extraordinary amount of co-operation among various parties, said Neri Askland, senior advisor and head of the decarbonisation initiative at Equinor.

The Norwegian operator signed a memorandum of understanding in June with US Steel to explore the feasibility of a hub that would combine hydrogen for industrial use, produced from Equinor’s Appalachian basin gas, with carbon capture and storage.

“We are fortunate that we can pull from our experience with other projects that we have in our portfolio,” he said.

“Low-carbon solutions in themselves are large, integrated and complex projects that require public funding,” Askland said. “Huge, collaborative projects with many entities involved — investors, governments, end users, infrastructure companies, producers and so on.”

'We have to be bold': Shell's hydrogen boss urges developers to act now
Read more

Such analogies were in no short supply during the event, which was hosted by Upstream.

Jane Ploeger, industrial applications products technology head at Siemens Energy, compared the creation of a hydrogen economy with the race to develop a Covid-19 vaccine.

Technology development in both cases is contingent on sufficient return on investment, but also significant government support.

"We as a society, globally, have to come up with a mechanism that will allow this technology to spread from the industrialised economies that can afford it to those that cannot,” Ploeger said of blue hydrogen.

As with development of vaccines, she said: “We need to learn how we can balance the need to have a return on investment in a technology with the need to disseminate it quickly to a large population that maybe doesn’t have the money to pay for it.”

Technology exists today that can get that ratio down to 0.5:1, a reduction of 95%, he said.

“The question is, how blue is your hydrogen?” A Scope 1 emission ceiling of roughly 2.1 to 2.5 kilogrammes of CO2 per kilogramme of hydrogen produced is “certainly within the realm of what is practicable and cost-effective in order to kick-start the hydrogen economy”, Basmajian said.

“Of course, the ultimate definition of clean hydrogen should be one that produces ultra-low or no CO2, and solutions already exist today,” he said.

Basmajian and others suggested that while green hydrogen is a worthy goal, producing it in most cases today is prohibitively expensive.

It would also be more polluting than conventional grey hydrogen production if the electrolysers used to produce it were just plugged into the power grids in the US or in the European Union, he said.

“It is critical to look at the full impact,” Basmajian said, noting that parity in the cost of blue and green hydrogen could be achieved in a decade.

Ploeger agreed: “I believe [blue hydrogen] will be a stepping stone until we reach that breaking point around 2030, where we see that renewables-based electricity will actually become cheaper.”

Elephant in the room is cost

It is hard to overstate the cost factor.

The $1 per kilogramme green hydrogen target set by the US Department of Energy “is achievable”, Morris said.

“The key isn’t so much $1 a kilogramme as it is the heat value, the energy value inside that hydrogen. I think there are technologies out there that will indeed deliver the energy value we need. Do we have to wait to 2030, 2050 to get to that dollar range? I don’t think so.”

Morris added: “I’m very optimistic that will be solved. I just hope we’re smart enough as a people to invest what it takes to get it into the market quickly.”

“Nevertheless, what we see is that even after cost parity is achieved, both green and blue projects will likely coexist for several decades to come,” he said.

“Within Technip Energies, we therefore see blue and green [hydrogen] not as competing, but rather as complementary to each other. And we also believe that we need to deploy all means necessary to accelerate the global decarbonisation effort and achieve net-zero targets, regardless of the colour of hydrogen.”