See all articles
Alert me about Low Carbon 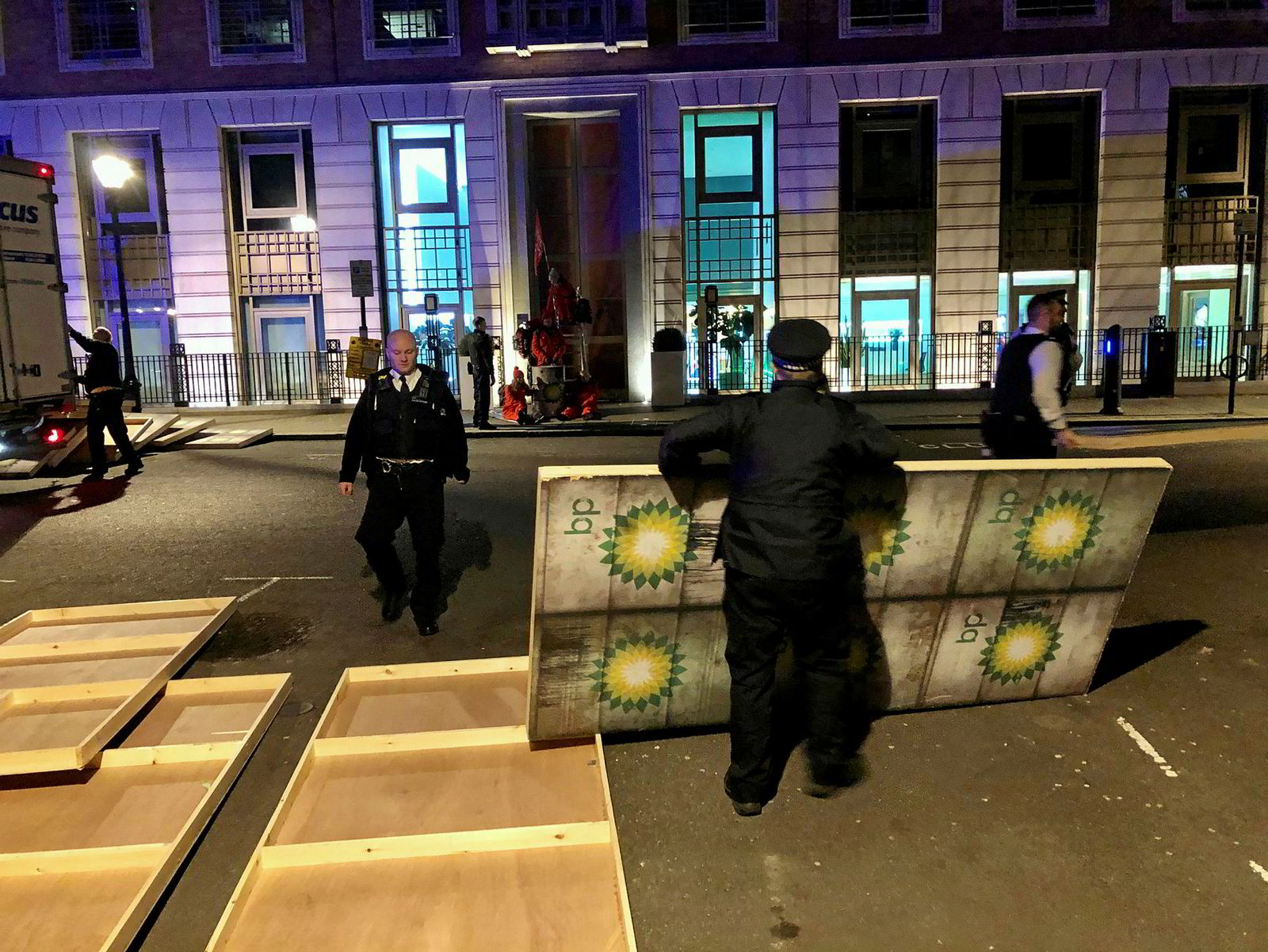 BP's offices in London have been temporarily closed as UK police tries to remove Greenpeace activists who organised a protest against the supermajor and delivered hundred of solar panels to the new chief executive Bernard Looney on his first day on the job.

BP's headquarters at London's St James's Square were cordoned off by Police as the removal of the solar panels began by midday on Wednesday.

Police said the area would remain off limits “at least for a few hours”. Only people working in the offices in the area or who had pre-booked meetings were allowed to move past the police line.

Greenpeace said: “BP are digging us deeper into the climate emergency by drilling for new oil and gas. They need to switch to 100% renewable energy - or shut down.

“Despite BP's massive advertising campaign to greenwash its image and pretend it's working to make energy cleaner, BP is spending 97% on oil and gas and just 3% on renewables,” Greenpeace said.

BP said that new boss Looney, who was visiting employees in Germany on Wednesday, “understands the frustration and anger of protestors in London” and “shares their deep concern about climate change”.

As Looney took over his new role from Bob Dudley, he promised the focus will shift towards energy transition and transparency in the years ahead.

BREAKING: Greenpeace activists have just shut down @bp_plc s HQ after delivering hundreds of solar panels to the new CEO.

BP are digging us deeper into the #climateemergency by drilling for new oil & gas. They need to switch to 100% renewable energy - or shut down #BPShutdown pic.twitter.com/9572VRVxqF

“He hopes that what he has to say then will give people a sense that we get it and are very serious about working to address the problem,” the company said.

BP confirmed in an email to Upstream that the office has been temporarily closed as a precaution.

Despite the drop, the company beat market expectations of a $2.1 billion underlying profit for the quarter, with shares getting a boost in early trade.

Output for 2019 averaged about 2.6 million barrels of oil equivalent per day, up 3.8% on the prior year, however BP noted that underlying production was “broadly flat”.

Meanwhile, also on Tuesday, Greenpeace landed permission from a UK court to pursue a legal challenge against the government over BP’s drilling plans at the Vorlich oilfield in the North Sea.

At a hearing in the High Court, Mrs Justice Lang granted Greenpeace permission to proceed with a judicial review against the Department for Business, Energy & Industrial Strategy (BEIS).