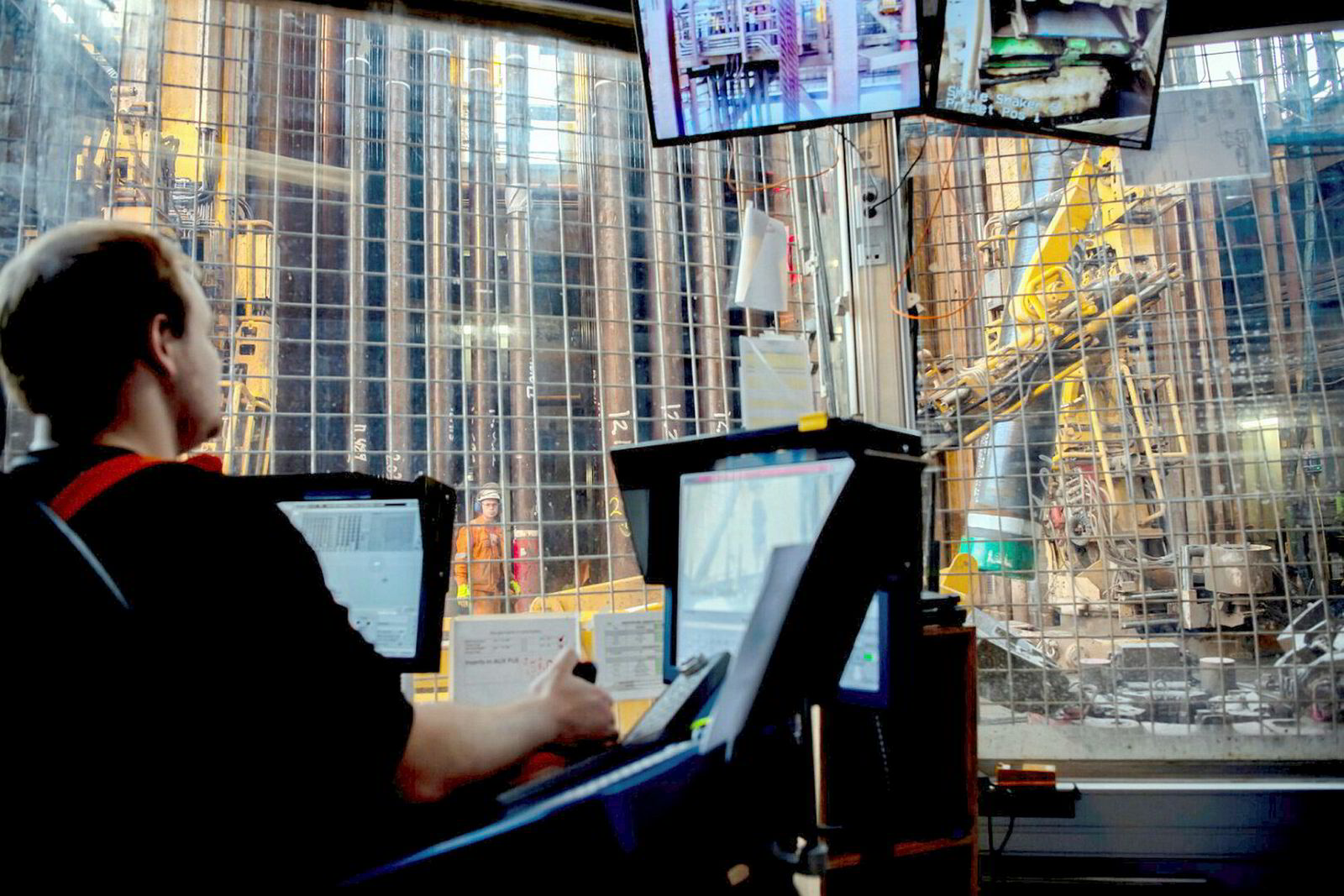 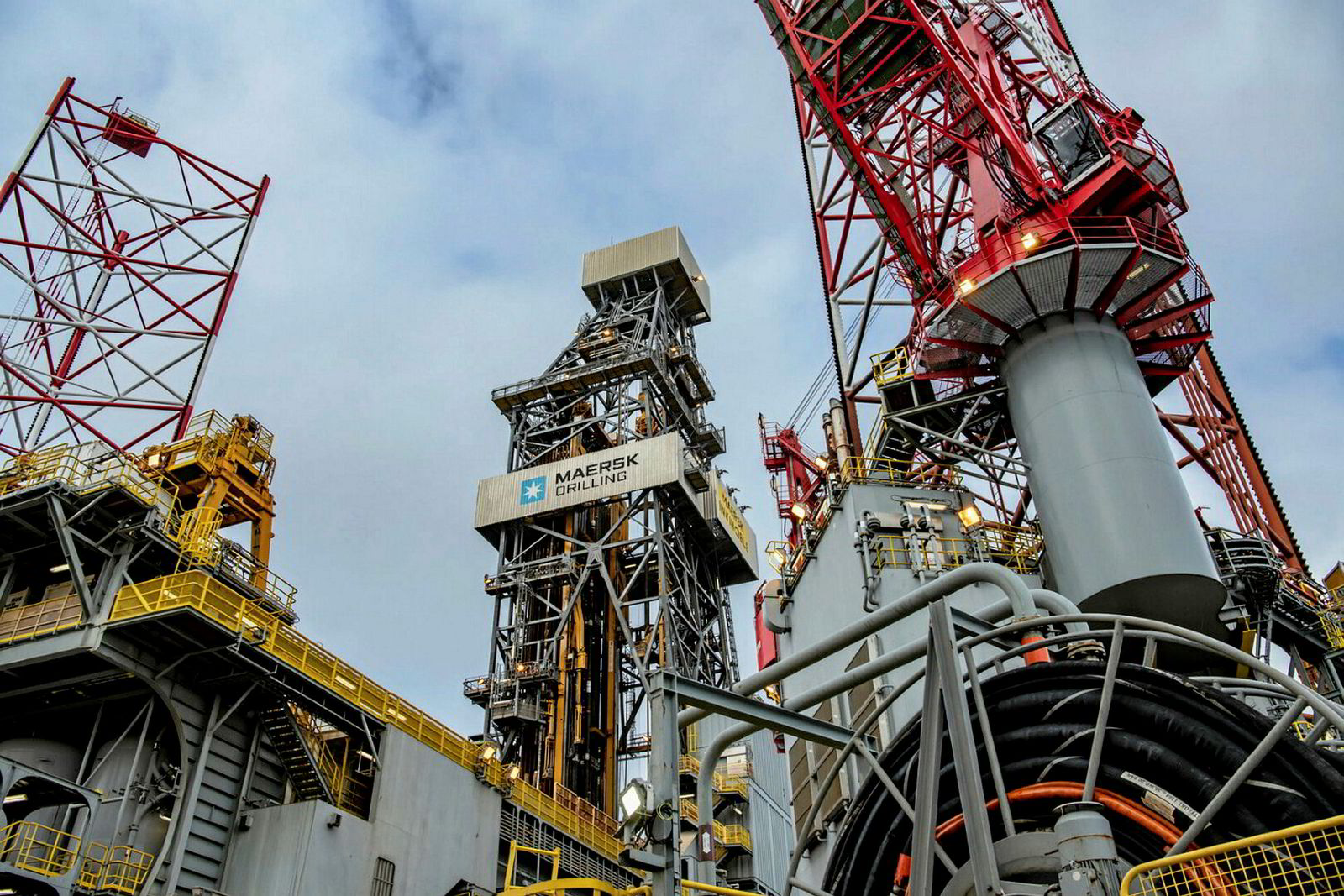 Rigging up for transition: Major oil driller pledges to halve its offshore-drilling emissions

Maersk Drilling has set an ambitious target to reduce carbon dioxide emissions from its offshore drilling operations by 50% by 2030 in line with efforts by oil and gas operators to reduce their environmental footprint.

The Danish contractor is taking a lead among the drilling community by being the first contractor to adopt a concrete CO2 emissions reduction goal with a clear deadline, according to chief executive Jorn Madsen.

It has set carbon-intensity targets based on three different metrics - contracted days, metres drilled and revenue - that will serve as drivers to improve its performance in different areas of its activities, Madsen told Upstream.

The company, which released its first-ever sustainability report earlier this year, generated total emissions in 2019 of 448,100 tonnes equivalent of CO2, corresponding to 336.7 tonnes per million dollars of revenue. Of the total emissions, 349,700 tonnes were from rig contract operations, which corresponds to 55.4 tonnes per contracted day.

To achieve its 2030 target, these figures need to be reduced to 27.7 tonnes per contracted day and 183.4 tonnes per million dollars of revenue.

Madsen pointed out, however, that the company’s ability to meet this goal will be affected by extraneous factors such as future rig activity and whether it expands in size.

Maersk aims to achieve around half of the emissions reduction from existing technical solutions and concepts, and the other half from innovative solutions.

The contractor has already implemented solutions such as electronic control systems to improve the efficiency of diesel-fueled engines on its rigs that have cut between 15% and 20% of emissions, efficiency programmes to reduce the number of drilling days per well and nitrogen oxide (Nox) reduction systems.

Maersk has also run one of its rigs, Maersk Invincible, using hydropower supplied from shore while working at the Aker BP-operated Valhall off Norway, enabling the unit to run emissions-free - making it the first-ever rig to be powered in this manner.

Madsen said Maersk’s frame agreement for jack-ups with Aker BP has “provided a laboratory that has given us the opportunity to develop tools and techniques to improve efficiency” under the collaboration, including increased digitalisation of rig operations.

Its three-way partnership with the Anglo-Norwegian operator and drilling services supplier Halliburton has enabled it to drastically cut drilling days, for example, at the Valhall field from the earlier scheduled 120 days per well to only 30 days, based on performance bonuses under contract terms, according to Madsen.

He said the contractor would also potentially be looking at alternative fuel sources, such as hydrogen and ammonia, to run rigs as part of innovation efforts to further cut emissions.

“Adopting new technology means a lot in being able to reduce drilling time and thus the carbon footprint of a well,” he said, adding “we will need more investments in innovation to meet this target”.

Maersk has two other XLE rigs - Maersk Interceptor and Maersk Invincible - that may also be retrofitted with hybrid power systems, though Madsen said it was waiting to gain operational experience from the first two units before deciding on further upgrades.

It comes amid increased pressure on the oil and gas industry to raise its game in terms of reducing emissions as part of the energy transition to arrest climate change, with major operators such as Equinor and BP seeking to achieve net-zero emissions by 2050.

“This is definitely an area we should all be working on, whether we are being remunerated or not, as it is the right thing to do,” Madsen said, adding “this is a more competitive element with some clients than with others”.

He pointed out that oil and gas will remain staple fuels in the global energy mix for some decades to come so it is incumbent on the industry to ensure these are supplied as environmentally friendly as possible.

“Sustainability is an area of concern, also for our customers, and by being a leader in low-emission offshore drilling, we maintain a differentiated offering, which can help customers in reaching their targets,” Madsen said.

Maersk is, meanwhile, also participating in a consortium with Wintershall Dea and Ineos to develop a carbon capture project off Denmark as part of its strategy to offset CO2 emissions from its operations.

In addition, the contractor aims to boost gender diversity with a target to increase the proportion of females in its onshore management to 30% under its sustainability goals.

Rigging up for transition: Major oil driller pledges to halve its offshore-drilling emissions

Maersk Drilling has set an ambitious target to reduce carbon dioxide emissions from its offshore drilling operations by 50% by 2030 in line with efforts by oil and gas operators to reduce their environmental footprint. The Danish contractor is taking a lead among the drilling community by being th...

Transocean set to lay off drillship crew in December