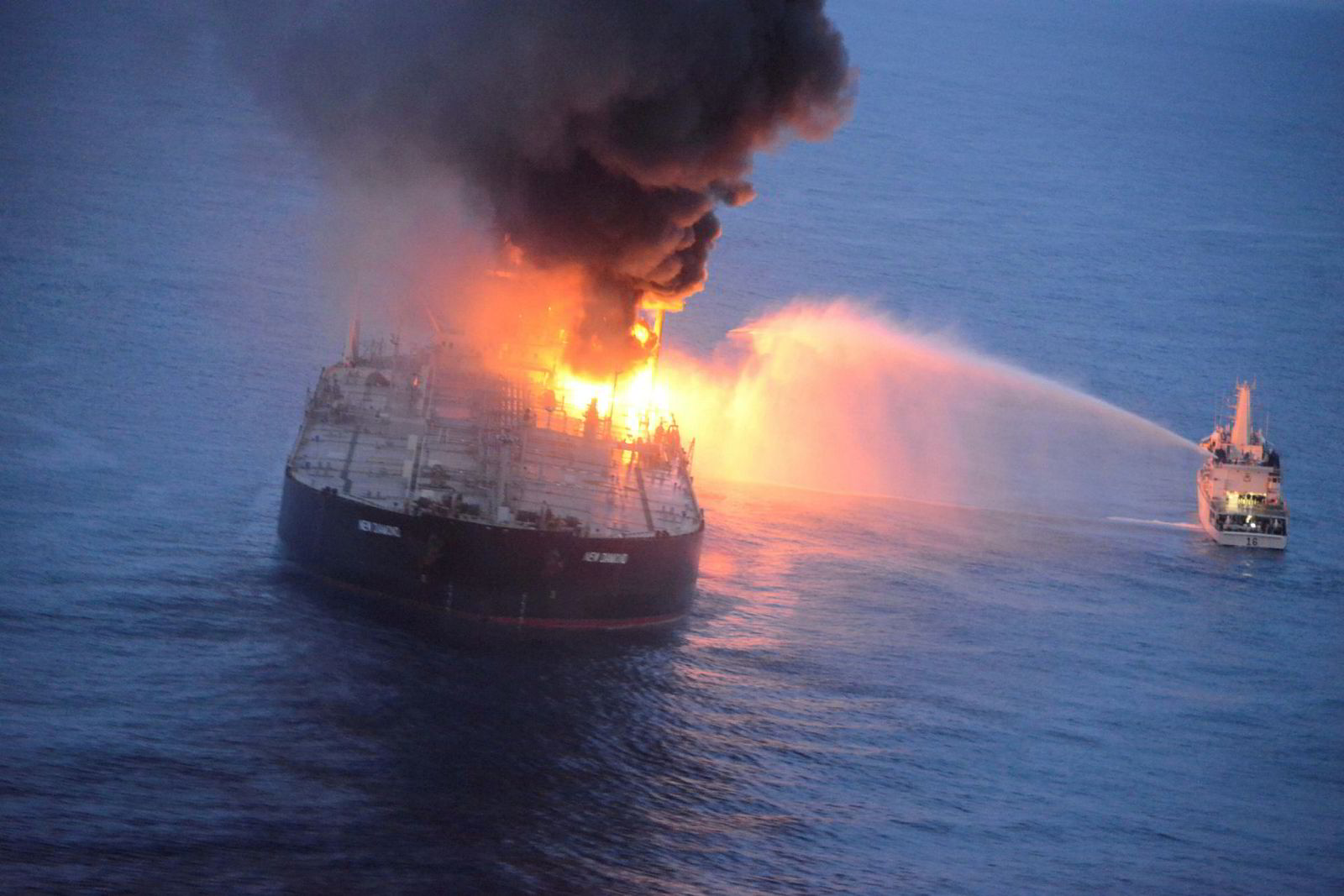 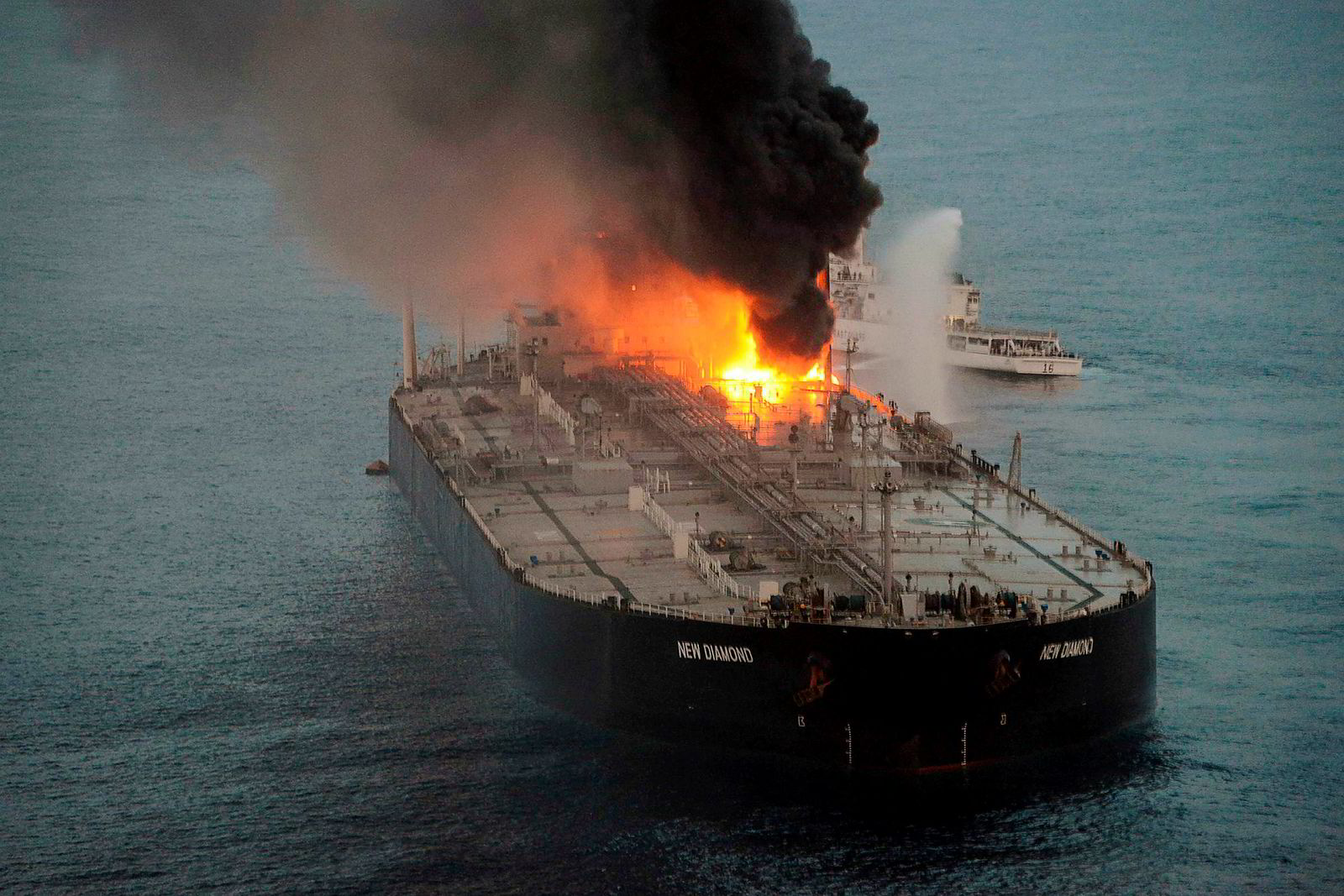 The latest reports indicate preparations are being made to tow the tanker farther offshore.

The Sri Lanka Navy said on Friday morning that “preliminary information from the ship's crew confirmed that a Filipino seaman onboard had died in a boiler explosion”.

All remaining 22 crew members from the 300,000-deadweight-tonne New Diamond (built in 2000) have been rescued and accounted for.

One seafarer, said to be the third engineer, was injured and transferred to a hospital in Sri Lanka. He was said to be “returning to stable condition”.

The fully laden crude carrier caught fire on Thursday morning 38 nautical miles off the coast of Sri Lanka after what naval officials have described as an explosion of a boiler in the main engine room.

Harbour tugs, coastguard ships and naval vessels from Sri Lanka, India and Russia have taken part in the ongoing battle to prevent what has the potential to be a major environmental disaster.

They were joined overnight by an ALP Maritime Services anchor handling tug supply (AHTS) vessel, the 19,000-bollard-horsepower ALP Winger (built in 2007). Navy officials said the AHTS was dispatched to the scene by New Shipping.

“The distressed oil tanker is now at sea at a depth of 3,100 metres, about 25 nautical miles off the shore by 5:00 am this morning,” the Sri Lanka Navy said early Friday morning.

“The superstructure at the rear of the ship is still on fire and it has not affected the ship's crude storage area. After having studied the structure of the ship, the firefighting will be carried out by naval teams with expertise in maritime firefighting with the consultation of the Greek captain of the ship.”

Helicopters are also being used to fight the fire.

At noon, the Sri Lanka Navy said that the spread of fire from the superstructure at the rear of the ship towards the cargo tanks had been "contained to a greater extent".

Arrangements are being made for the ALP Winger and two Hambantota International Port Group harbour tugs to tow the New Diamond farther away from the coast.

The navy said there was still no risk of the ship leaking oil.

The New Diamond was heading to Paradip in eastern India from Mina Al Ahmandi in Kuwait on charter to the Indian Oil Corporation.

The ship is classed by Japan’s ClassNK, and is covered by the West of England P&I club.

Oil from ruptured pipeline, operated by producer Lukoil-Komi, leaked into the Kolva river that runs from the Nenets region to the Usa river in Komi